So Far From The Moon 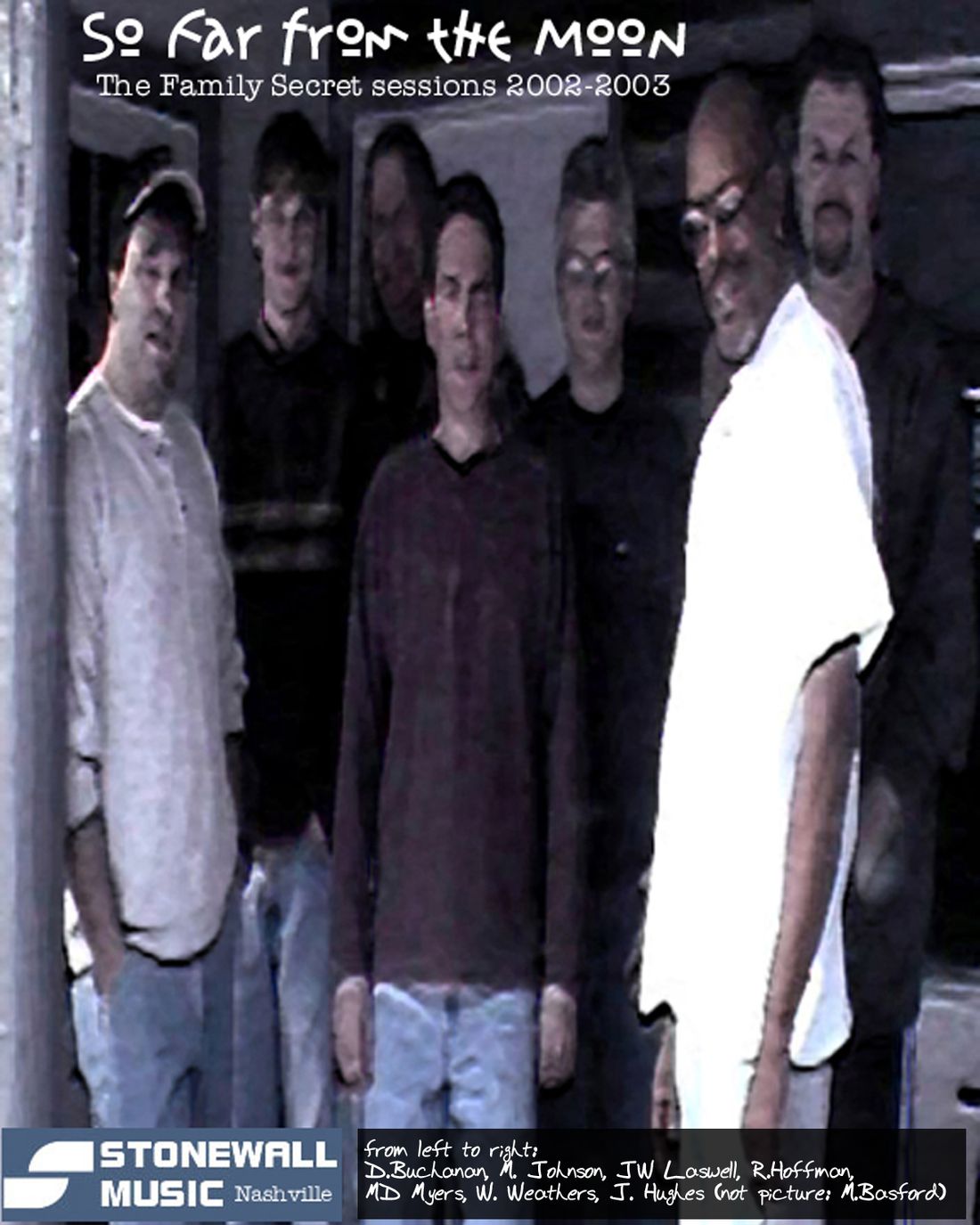 Share photo gallery
Their diverse blend of musical influences has been compared to some of the legends of musical history. The Family Secret was originally gathered as a studio project but rapidly grew into one of the tri-state areas most celebrated live funk/folk artists. Their debut effort, "Out of the Closet and into the Livingroom", won the 1997 CEA Award for Best Folk Artist and was chosen by the Cincinnati Post as one of the Top Ten releases of 1997.
The Family Secret retreated from the live circuit, as would become one of their trademarks, in late '97 to begin recording their sophomore effort, "HOWuALLAR?". The band spent a year recording and released their second effort in late 1998. The release received critical acclaim including a nomination for a CAMMY Award for Best Album of the Year and the 1998 CEA Award for Best Folk Artist. The release also appears in the soundtrack of indy film "April's Fool" and made it's way onto the pages of such prestigious publications as Music Direct Reviews and Dirty Linen magazines. Uncle Daddy spent most of 1998 and 1999 in virtual seclusion.

The band returned to the live circuit in late 1999 to begin performing and "test marketing" material for their third independent release to be dubbed "Magical Meat Seeds". The Family Secret spent several months touring the regional live circuit before heading into the studio to begin recording sessions. Their third indy release contained an unprecedented 17 tracks including several diddies and was hailed by Cincinnati City Beat as "the group's best effort to date". Uncle Daddy spent the following sixteen months performing on the club circuit before again vanishing from the live scene and heading into virtual seclusion. TFS has only performed two live shows since 2002.

In late 2002 The Family Secret signed with Nashville-based Stonewall Music and began preparation for what Family Secret founder R. Hoffman believed to be the group's epic release. The Family Secret's fourth release, "So Far from the Moon", was recorded in Nashville over three months and contains such session notables as Waldo Weathers {who arranged and performed all horns] and both Jerry Hughes and Matt Basford of country music's Yankee Grey [who performed on several tracks] as well as YG's Dave Buchanan who performed bass on all tracks.